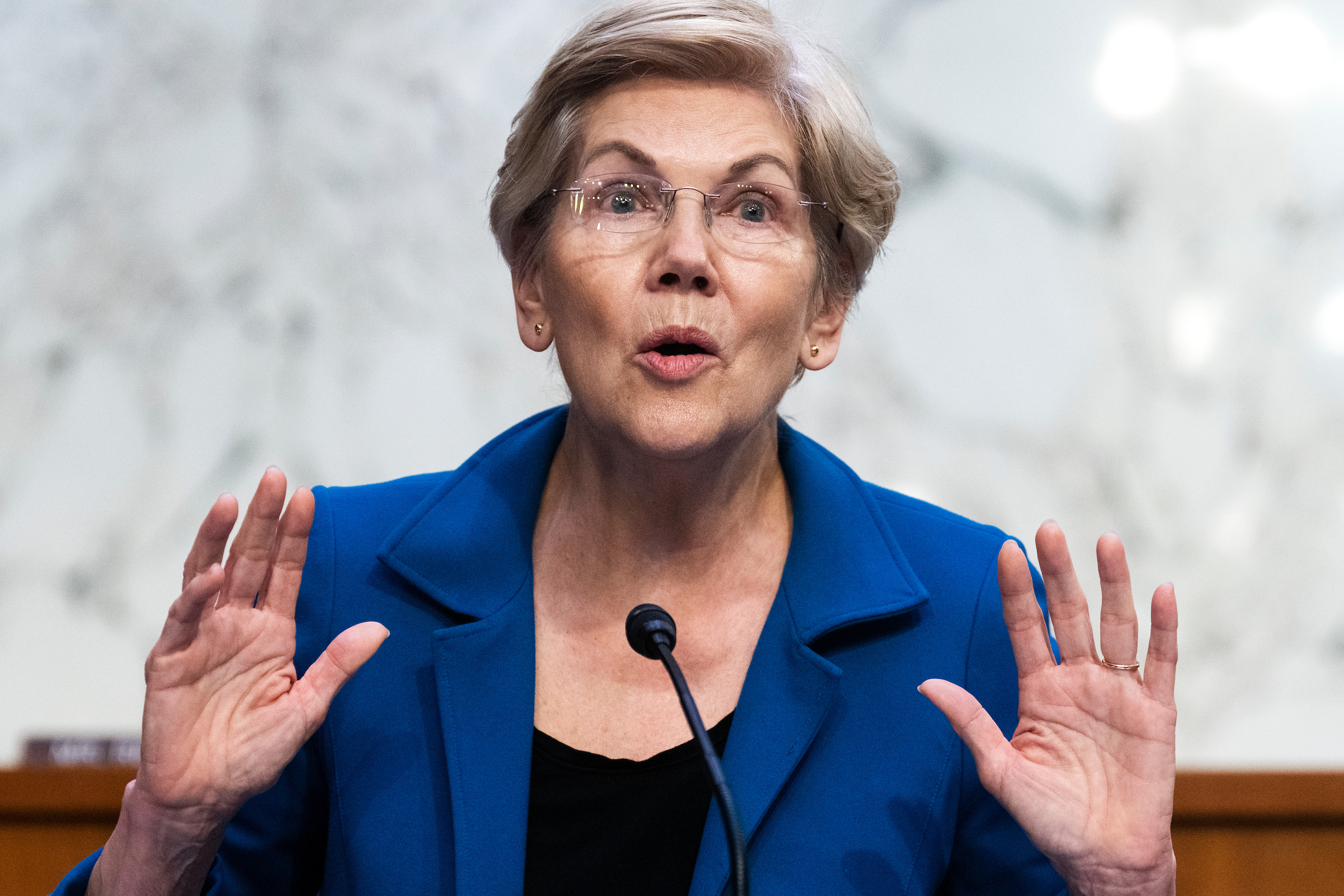 Sen. Elizabeth Warren is leading fellow Democrats in renewing a push for the IRS to create its own free tax-filing services and move away from its current private partnership, whose services only a slim portion of taxpayers use.

Warren, D-Mass., put forward a bill that would mandate the IRS create its own free, online program for preparing and filing tax returns and expand taxpayers’ access to their own tax-related data held by the agency. California Democrats Brad Sherman and Katie Porter led introduction of a House version of the measure.

The legislation would direct the IRS to create software that would allow any taxpayer to prepare and file their individual income tax return beginning in tax year 2023. The agency would also have to allow taxpayers with fairly straightforward returns — those who don’t take any above-the-line deductions, itemize their deductions or receive income as a sole proprietor of business, for instance — to elect that Treasury prepares their tax return beginning in the 2023 tax year.

The IRS would have to create a program for taxpayers to securely download third-party-provided return information and IRS-held data related to their individual tax bills.

The bill would require a program by March 1, 2023, allowing taxpayers who don’t have to file tax returns to claim refundable tax credits. The provision aims to expand a sign-up tool for the child tax credit to nonfilers who can access other tax benefits like the earned income tax credit, which is open to low-income workers.

The measure would also bar the Treasury secretary from entering into any new agreements that would restrict the federal government’s right to provide services or software for preparing and filing taxes.

A fact sheet from the bill’s sponsors points to problems with the IRS Free File program, which currently aims to offer free tax preparation to 70 percent of taxpayers by partnering with private tax preparing firms. The lawmakers argued that program is underused, often confuses taxpayers into paying for services and fails to adequately protect taxpayer data. In the last two years, major online tax platforms H&R Block and Intuit’s TurboTax withdrew from the program.

Only 2.8 percent of all individual tax returns filed in fiscal 2021 were submitted through the Free File program, according to IRS data.

The bill picked up co-sponsors since its last introduction in 2019 and now has 22 Democratic senators signed on.

Warren has sought to tie the issue to Democrats’ push for a budget reconciliation bill. Senate Majority Leader Charles E. Schumer, D-N.Y., and Sen. Joe Manchin III, D-W.Va., are in talks in the hopes of agreeing to a package broadly including pieces to lower prescription drug costs, incentivize clean energy production and increase taxes on the wealthy and corporations.

The latest Senate version of the legislation included about $80 billion over a decade for the IRS largely intended to boost its ability to go after uncollected taxes and raise federal revenue in the process. It also included $15 million for the IRS to study the feasibility of creating a free, direct online tax return system.

When Treasury Secretary Janet L. Yellen appeared before the Finance Committee in June, Warren pressed her for a commitment the IRS will go farther and build its own free filing system if Congress delivers the $80 billion cash infusion.

Yellen pointed to more pressing priorities like working through a massive backlog of tax returns, but agreed the IRS would take up the issue when it’s “adequately resourced.”