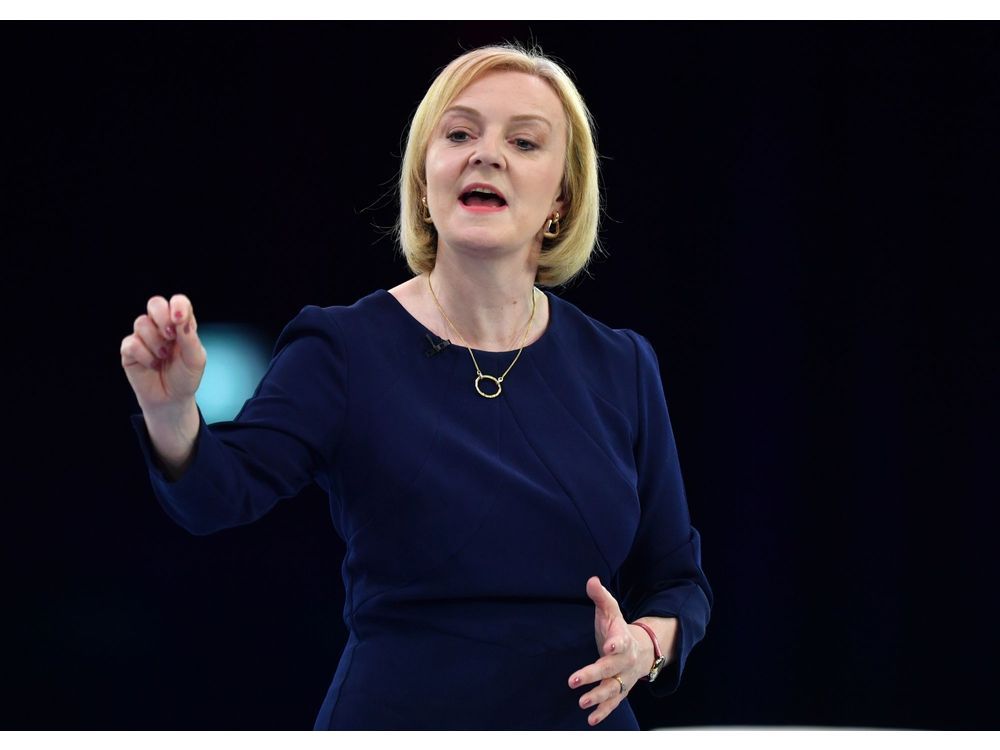 (Bloomberg) — Liz Truss is considering cutting Britain’s VAT sales tax by as much as 5 percentage points across the board, the Telegraph reported, a move that may head off criticism she lacks a plan to tackle the country’s cost of living crisis.

This advertisement has not loaded yet, but your article continues below.

The potential reduction to 15%, flagged in a newspaper that has strongly backed her leadership campaign against Rishi Sunak, represents something of a change of tack by Truss. Hours earlier, a strongly worded editorial in the Sun newspaper called the government’s near silence on the crisis “a disgrace,” and urged Truss to abandon traditional Tory ideology.

Sign up to receive the daily top stories from the Financial Post, a division of Postmedia Network Inc.

With the contest entering its final week — there’s one hustings remaining in London on Wednesday — Truss is favored to win the backing of Conservative Party members and become Britain’s prime minister.

The reduction in the value added tax headline rate would be the largest ever and may save the average household more than £1,300 a year, the Telegraph said. It could protect businesses from failing and may be accompanied by additional measures to help the most vulnerable pay their energy bills, which are set to almost triple this winter from a year earlier, the Telegraph said, citing officials.

The Treasury will present the next prime minister with plans modeled on former Prime Minister Gordon Brown’s response to the 2008 financial crisis as part of a series of options to offset soaring energy bills, according to the Telegraph.

A 5-point cut would cost the taxpayer £38 billion to keep in place for one year, the Telegraph said, citing analysis by the Institute for Fiscal Studies. It may also reduce inflation temporarily by around 2 points.