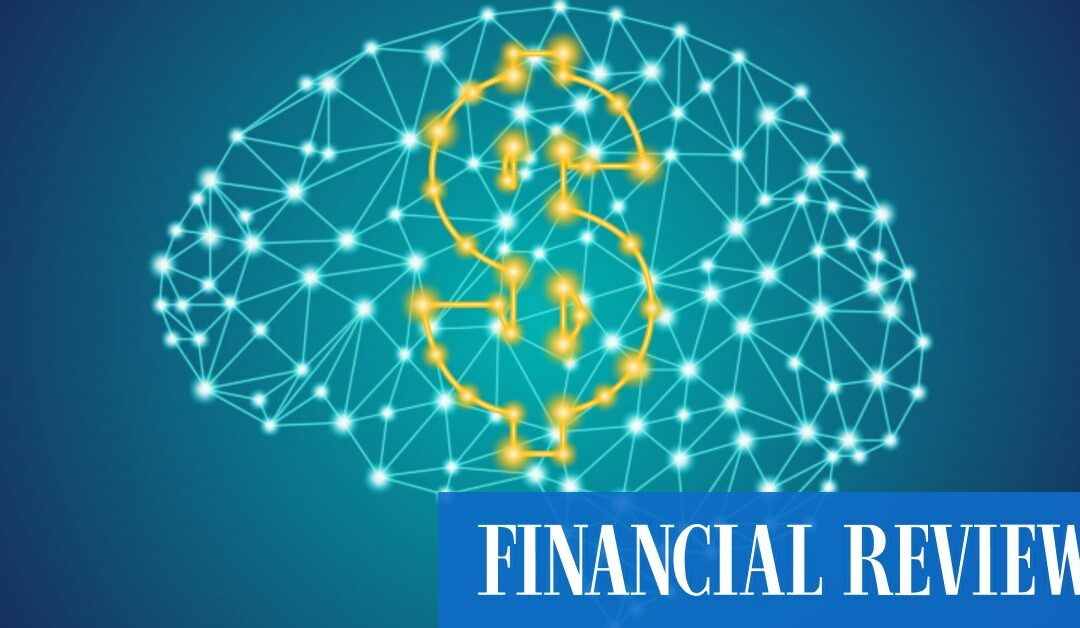 “Computers don’t get tired,” notes Marek Rucinski, the head of data and analytics at the ATO.

The ATO has more than 150 AI applications looking at these data flows, and was an early adopter of data visualisation and algorithms to better manage the revenue risk.

Much of this work was scattered across the agency among key teams who applied analytics to identify outliers for further investigation.

Whether it was journalists claiming their entire library as a deduction or doctors writing off two cars as an expense, computer models began to be far better at seeing tax avoidance than humans.

The original deployment of analytical tools was relatively organic and, like many agencies now seeking to embrace the data age, the ATO struggled to scale its analytic play.

Rucinski was hired from Accenture in 2018 and set about industrialising the ATO’s approach.

The initial task was to build the infrastructure to make the data available to business units in formats they could easily manipulate.

Training staff in visualisation tools helped “democratise” the data and build literacy, and also tapped an incredible pent-up demand from the business units to play in the smart data space.

Data cataloguing was also critical, so the organisation could have a high degree of confidence in the pedigree, quality and sensitivity of the data. The ATO has long had a healthy obsession with data security and privacy, driven partly by legislative guard rails that can lead to ATO officials being jailed for unauthorised data breaches.

Cataloguing also enables a taxonomy to be developed. Consistently tagging data has long been the secret sauce for enabling the effective integration of disparate data sets.

Similarly, building a culture of transparency and ethical behaviour has been central to building trust both within the ATO and with the many private parties that now share data with the agency. There is an elaborate ethical framework the ATO continues to develop as it pushes into the world of AI, robotic automation and straight-through processing.

Funding data infrastructure is perhaps the key challenge for any public entity seeking to transform its business. Rucinski says this requires you to play the organisational “chessboard”.

“I was very conscious that it is very hard to ask for a lot of money to build foundational things that take a long time to make real,” he says.

When people talk about artificial intelligence, they sometimes think it’s magical in nature. Well, it isn’t.

“It’s like building a Taj Mahal. It’s a very thankless task, and it’s never finished. So the strategy here was to use a lot of the energy and a lot of demand that was in the business through either taskforce funding or a very clear legislative agenda that we had to follow or the strategic priorities the organisation had.”

These included increasing pre-fill, reducing fraud or being more sophisticated with the risk models by having a more integrated view of the client base.

“It wasn’t like big bang, it was very much semi-stealth,” Rucinski says.

This approach, he says, has pluses and minuses.

“The pros are that, obviously, it’s extremely value-centric, you can always explain and link what you do to the value in developers. And therefore the funding equation becomes much clearer and much stronger.

“The contrast to that is sometimes you don’t build things in a sequence that is ideal, or the timeline that is ideal. So you have to be flexible in that. And you have to play the chessboard in a bit more complex fashion. But I think that’s the reality for most organisations.”

A hub-and-spoke model was established, and the central team was charged with not just setting the standards, but also actively working with the business.

Getting your hands dirty is critical to the successful maturing and embedding of data and analytics into an agency, Rucinski says.

He has advice for other agencies looking at how to scale their data play: “The key success factor for a hub-and-spoke organisation is for the hub to have operational responsibilities, not just pure standards or centre of excellence.”

Without operational responsibility, the hub won’t have the weight in the organisation and will have no credibility, Rucinski says.

“If you have operational responsibilities, then you are in the trenches with the business.”

This also gives the core data team an intimacy with the business units and the ability to understand the pressure points and to respond.

His team has developed more than 150 advanced analytic tools, many using some form of AI. These include applications that pre-fill assessments with data from banks and employers, reducing “mistakes” – either deliberate or accidental.

Rucinski says it was important to demystify these applications.

“The way that I tried to approach it with the team, and with the leadership team, was to really try to demystify it because I think there’s still an aura of mysticism around data science,” he says.

This is particularly true of artificial intelligence.

“When people talk about artificial intelligence, they sometimes think it’s magical in nature. Well, it isn’t. You can lift the lid and see what’s sitting inside a black box if you approach it in a more mechanistic way.”

Indeed, as Rucinski observes, there is now a large library of algorithms and AI apps available commercially or through open source.

The ATO sits on 50 or 60 petabytes (one petabyte equals 1 million gigabytes) of data, and it is creating an organisation that can effectively use this data that is becoming the hallmark of a modern data-centric agency.

“Increasingly, organisations’ ability to use the data they collect [gives them] the edge because accurate algorithms are becoming relatively commercialised and standardised, you can get them off the shelf,” Rucinski says.

“There’ll be more data coming. Our ability to ingest, curate, catalogue the data at an industrial scale and speed is going to be essential because otherwise we are creating a warehouse full of stuff that we cannot use downstream.”

The ATO is moving its data practice to the cloud, an initiative Rucinski says is inevitable.

New laws that finally enable industrial sharing of data between Commonwealth entities represents the next frontier for the broader data transformation of government.

If the ATO is the high watermark, there are many agencies still playing in the sandpit. Building modern data capability across the Australian Public Service remains perhaps the most significant challenge in the reform of the federal public sector.

The ATO holds many of the most valued data sets, but has long been reluctant to share them. Pivoting the organisation into this new era of cross-government data integration will take significant cultural change.