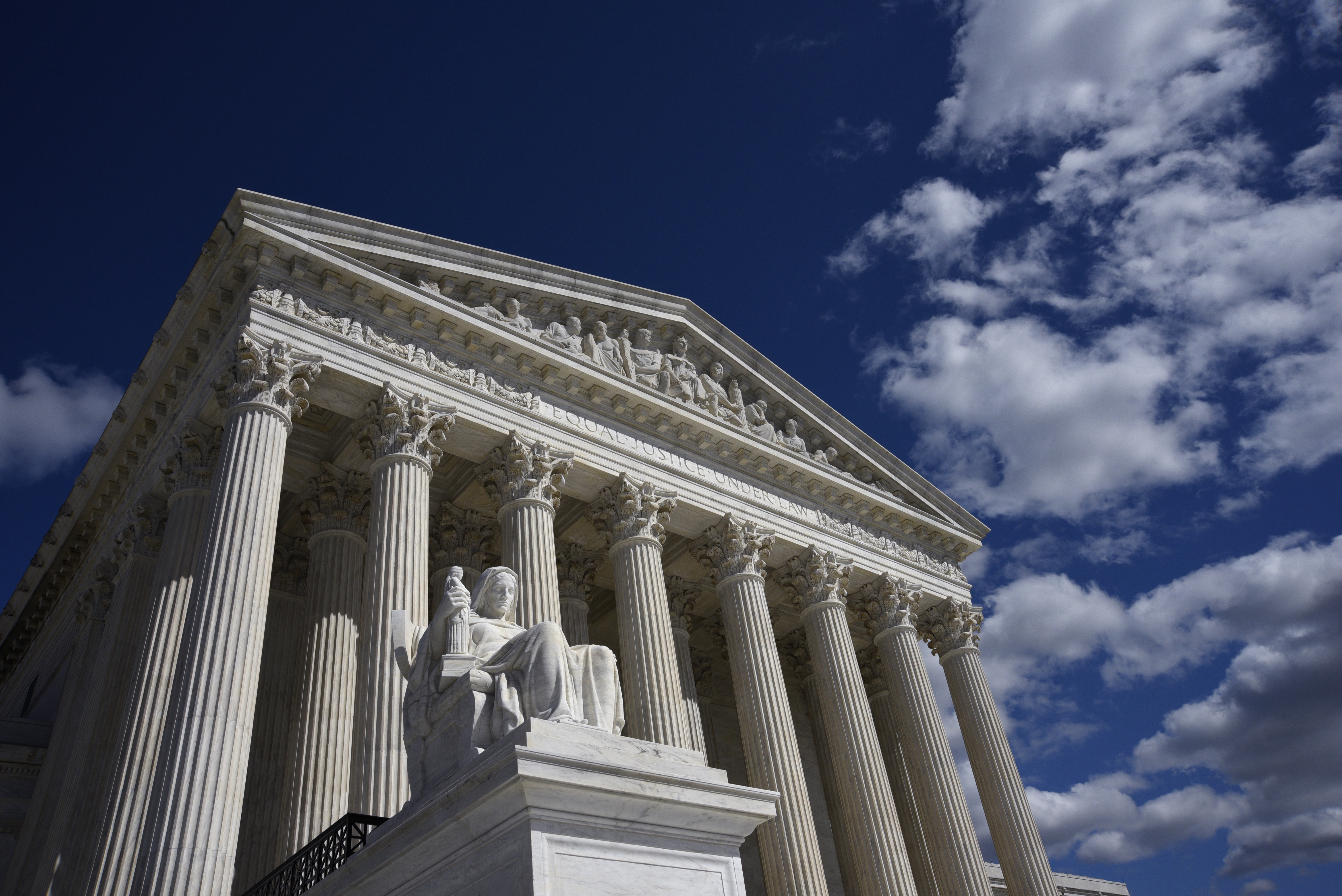 Who gets to be a U.S. citizen at birth? This question is fairly simple when asked almost anywhere in the United States. If you are born on U.S. soil and you are not the son or daughter of a foreign diplomat stationed here at the time, you are a citizen of this country. The Supreme Court is now considering a case that would require it to decide whether that rule should apply in the only part of the U.S. where it currently does not: the islands of American Samoa.

The case, Fitisemanu v. United States, involves three plaintiffs who originally hail from American Samoa but now reside in Utah. (The petition for review was filed in April; the Department of Justice filed its reply briefs at the end of August.) They are legally considered U.S. nationals, a subcitizenship status of sorts where they still owe allegiance to the U.S. but, unlike Americans on the mainland and in all other territories, did not receive citizenship at birth. This distinction has limited their lives in myriad ways. The case’s namesake, John Fitisemanu, is suing because he cannot lawfully cast a ballot, according to the petition for review. Co-complainant Pale Tuli cannot pursue his preferred vocation as a police officer because Utah law restricts the job to U.S. citizens. And the third plaintiff, Rosavita Tuli, cannot sponsor her parents through the immigration process in the manner to which citizens of the U.S. are entitled.

American Samoa is unique in this regard. Congress has granted birthright citizenship to everyone born in the other U.S. territories—ranging from Puerto Rico and Guam to the U.S. Virgin Islands and Northern Mariana Islands—through federal legislation. While there have been legislative attempts to close this gap, these have met some resistance from local authorities. Both the American Samoan government and the territory’s only congressional delegate moved to intervene in the lawsuit. They argued that imposing birthright citizenship would infringe upon the island’s cultural traditions and right to self-determination.

A federal district court judge ruled in favor of the plaintiffs, however, drawing upon the 1898 case Wong Kim Ark v. United States. That landmark decision helped establish that anyone born on U.S. soil, with the exceedingly rare exception of children of foreign diplomats, automatically acquired U.S. citizenship at birth. The Tenth Circuit Court of Appeals overturned the district court’s ruling in a split decision, concluding that the lower court had applied the wrong set of precedents to the case.

His reticence is understandable. The Insular Cases are among the most controversial precedents that still carry legal weight in American courts. At the close of the nineteenth century, the U.S. acquired a constellation of colonial possessions in the Atlantic and Pacific Oceans by winning the Spanish-American War. Those acquisitions immediately raised questions about when and how the Constitution’s protections applied to the new territories. Did the Constitution follow the flag, so to speak, or could the new possessions be administered under a different type of constitutional order?

The rulings are widely derided as imperialistic and discriminatory. In some of them, the justices wrote in unabashedly racist terms to muse about whether the nonwhite inhabitants of the new territories were properly suited for “Anglo-Saxon” institutions like jury trials. So condemned are the Insular Cases that the Justice Department under presidents from both parties often disclaims any reliance on them when arguing cases about the territories before the Supreme Court. They nonetheless remain on the books as the prevailing framework for governing the territories where roughly five million people live.

Earlier this year, in the case United States v. Vaello-Madero, the Supreme Court considered whether Congress could lawfully exclude U.S. citizens who live in Puerto Rico from drawing upon a Social Security benefit program that would be available to them if they lived in an Arctic cabin in Alaska, a Central Park penthouse in New York, anywhere else in the 50 states, or the District of Columbia. In an 8–1 ruling by Justice Brett Kavanaugh, the court upheld Congress’s decision to omit Puerto Rico from the program.

Gorsuch sided with the federal government as a matter of precedent. He then wrote a concurring opinion where he forcefully called for the court to “revisit” the Insular Cases whenever it had the opportunity. “The flaws in the Insular Cases are as fundamental as they are shameful,” he wrote. “Nothing in the Constitution speaks of ‘incorporated’ and ‘unincorporated’ Territories. Nothing in it extends to the latter only certain supposedly ‘fundamental’ constitutional guarantees. Nothing in it authorizes judges to engage in the sordid business of segregating territories and the people who live in them on the basis of race, ethnicity, or religion.” Justice Sonia Sotomayor, whose parents were Puerto Rican, echoed his call to revisit them in her dissent from that case.

In their petition for review in Fitisemanu, the plaintiffs cited Gorsuch’s dissent and called upon the justices to follow his lead. They also stressed the high stakes of the case before them. “The importance of the question presented is indisputable,” they told the court. “At stake is not just the meaning of a core constitutional provision that defines the boundaries of a foundational right—U.S. citizenship—on which many other rights are premised, but also whether that constitutional provision even has a fixed meaning that cannot be turned on and off based on evolving or subjective factors.”

One of the most unusual friend of the court briefs came from two women who were the descendants of plaintiffs in past Supreme Court cases involving citizenship. One was the great-granddaughter of Isabel Gonzalez, the namesake of a 1904 case where the court elided whether Puerto Ricans were U.S. citizens at the time. The other woman was the great-great-granddaughter of Dred Scott, who asked the Supreme Court to recognize his freedom in 1859. The justices’ decision not only to rule against Scott but also to declare that no one of African descent could ever become a U.S. citizen and that the Missouri Compromise was unconstitutional, eventually led to the Civil War.

After the war ended, Congress and the states ratified a constitutional amendment to establish citizenship in the clearest possible terms. “The Fourteenth Amendment is unequivocal,” the two women told the court. “Citizenship in no way depends on race, status, or the particular geographic region of the United States in which a person was born or lives. Instead, under the Citizenship Clause, ‘all persons born or naturalized in the United States, and subject to the jurisdiction thereof, are citizens of the United States,’ as well as any ‘State wherein they reside.’” Their brief is a potent reminder of the extraordinary stakes that surround questions of citizenship, as well as the long shadow of history that can fall upon those who were denied it.

The Justice Department, for its part, urged the justices not to take up the case and claimed it wasn’t grounding its position in the Insular Cases. “The government’s argument here does not rest on that framework,” it argued in its reply brief. “The government does not rely on the premise that citizenship is not ‘fundamental,’ or on the view that extending birthright citizenship to American Samoa would be ‘impracticable and anomalous.’ And the government in no way relies on the indefensible and discredited aspects of the Insular Cases’ reasoning and rhetoric that [the plaintiffs] highlight here.” Instead, they argued that the Citizenship Clause does not automatically apply to any territories and narrowly construed Wong Kim Ark by noting that the case’s namesake was born in the state of California.

There is no way to know in advance whether the justices will take up a specific case. If they decline to do so here, they may be influenced by the arguments raised by the government of American Samoa itself, which opposed the plaintiffs’ effort to get the courts to extend birthright citizenship to the territories. “Their contrary view would threaten fa’a Samoa, upend well over a hundred years of settled law and practice, and deprive the American Samoan people of their basic right to determine their own status through the democratic process,” the government told the court in a reply brief, referring to their term for the traditional Samoan way of life.

“Finally, it bears noting that even if this Court were inclined to reconsider and overrule the Insular Cases, it would be remarkably ironic to take that step in a case where those decisions have been cited not to perpetuate racist or imperialist doctrines, but instead ‘to preserve the dignity and autonomy of the peoples of America’s overseas territories,’” they concluded, quoting from Sotomayor’s dissent in Vaello-Madero. The plaintiffs, as one might expect, strongly disputed that assertion. “Extending citizenship has not impaired cultural preservation or self-determination in any other U.S. territory, and there is no reason to suppose the result would be different in American Samoa,” they argued in a reply brief.

Even if the justices decline to take up the question in this specific case, it seems likely that they will inevitably be compelled to decide whether the Insular Cases should continue to apply in a postcolonial world. At issue, after all, is not just whether a justice or group of justices got it wrong more than a century ago when cases involving the new territories came before them. It is also about whether millions of Americans should still exist in that liminal constitutional space today, and whether it should continue to shape their lives and destinies going forward.